Local student, Nikita Smith was ecstatic to find out her application to go on student exchange for five months in Spain was successful. She knew no Spanish but couldn’t be more excited to be heading to Jerez de la Frontera in Andalucia, Southern Spain, which is known for its sherry and Formula 1 racetrack.

After five amazing months in Spain, Nikita’s family, Heidi, Damian, Fin and James, took the opportunity to head over to Europe to pick her up. Before heading to Spain, they spent some time travelling in the UK. They spent four days in London visiting Piccadilly Circus, Buckingham Palace, Trafalgar Square, Camden Markets and Museum of Natural History. Heidi and Damian decided to go back to the Catholic Church they got married in back in 1992. They wanted to show the kids and it was also the first time they’d been back since.

They then caught a train to Newcastle in Northern England where they stayed with some friends for a few days. Highlights of Newcastle included St James Park where they watched Newcastle United play against Manchester United. Another train then took them to Edinburgh, where they spent two days. They were amazed by the beautiful architecture and monuments and also visited the Edinburgh Castle.

The family then flew from Edinburgh to Seville, Spain and then hired a car to drive 90 minutes to Jerez de la Frontera where Nikita had stayed during her exchange. After an exciting and emotional reunion the next day, Nikita took her family on a tour of the school she attended. Learning was hard for Nikita as everything was in Spanish. Imagine trying to learn French in Spanish! She ended up improving her Spanish a lot and took up flamenco dancing classes after school to immerse herself in the local culture.

Exploring around the town, they visited the old fortress, Alcazar, the cathedral, fish market and saw a performance at a local flamenco bar. They also did a tour of one of the largest sherry makers in the region, Tio Pepe, where they visited the cellars with enormous barrels of ageing sherry. There were barrels signed in chalk by Pablo Picasso, Orson Welles, Steven Spielberg, Prince Phillip and many more.

They did multiple day trips to Seville and Cadiz via train. In Seville they explored the Plaza de Espana which is a public plaza the size of several football fields. They were also blown away by the cathedral due to its enormous size and architecture. The coastal city of Cadiz impressed the family with its stunning churches, cathedrals and art.

After nine days they left Jerez de la Frontera for Ronda, which is one of many nearby towns situated on top of a cliff. The two parts of the city are split by a huge gorge over which a spectacular bridge has been built. Many parts of the town leave you exposed to a dramatic drop down to the river below.

A bus then took the family to Granada to visit the Alhambra Palace, one of the most visited attractions in Spain where only 6,000 tickets are issued each day to control numbers. Damian organised tickets weeks before to make sure they didn’t miss out. The palace sits on a high ridge with the snow-capped Sierra Nevada mountain range in the background. They sat in a small plaza, sipping coffee, listening to locals playing the flamenco guitar, looking at the incredible buildings, mountains in the distance and taking in the whole experience.

Next they travelled 45 minutes up to the Sierra Nevada mountain range to do some skiing. On their way up they were told although they appear to be covered in snow, it had not snowed in two months and most of the runs were closed. Luckily it started snowing as they stepped off the bus and continued for the two days they were there. They stayed in the Pradollano ski village and Fin, Nikita and James tried night snowboarding where they illuminate the tracks after dark.

Up next was another bus ride to Malaga which is a lovely beachside town. They visited the Picasso museum and saw lots of his pieces of work.

They then flew to Lisbon, Portugal to spend the next three days. They loved the bright colours of all the buildings and spent their days walking the steep streets, enjoying street art and lovely food and coffee. Their accommodation was on a very steep street which had a specially designed tram called a Funicular, operating to transport people up and down the street. The family did a day trip to a town called Sintra, which they described as looking like it was something from a fairy-tale with hilltop castles and lush green gardens everywhere. They loved Portugal and would love to see more of the country.

They then flew back to London to spend a couple more days before flying home to Australia.

How to spend 24 hours in Kathmandu, Nepal

Trekking to Everest Base Camp: Part 2

Trekking to Everest Base Camp: Part 1 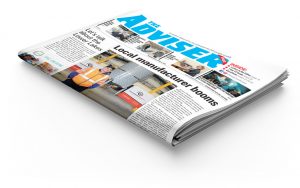