Progress takes time. In the fifty years since Honda Australia has been around, much has happened in the world and even more has happened with Honda vehicles.

Shepparton Honda took time out last Thursday to celebrate not just fifty years of Honda Australia but their 25th anniversary that they have been cementing their place in Shepparton. To mark the celebrations, they paraded two of their prestige vehicles, the latest Honda Civic-R and the Honda NSX in gold at their dealership.

The people at Shepparton Honda report that the Honda Civic-R is the fastest front wheel drive production car in the world, a tempting challenge to stay within national speed limits. The Civic is now in its eighth generation since it first arrived in Australia in 1972 as a two door subcompact followed by a three door hatchback in an era dominated by small European vehicles, it has continually improved its position with the Civic-R having a good reputation for its sportiness.

The Honda NSX is a hybrid supercar and boasts instant acceleration. Powered by a twin turbo 3.5l V6 and three electric motors. The first production NSX from the second series sold in the U.S. for $1.2 million dollars in 2016. Definitely a golden moment.

Congratulations go out to Honda Australia and Shepparton Honda for reaching these two significant milestones. 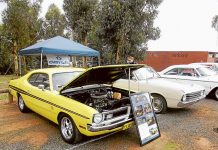 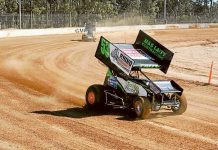 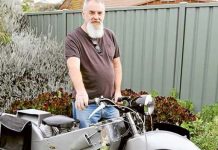 Celebrating over 100 years of classic cars

The art of the Go Kart