More than one billion young people around the world are in danger of hearing loss from portable audio devices, including smart phones, according to the latest data from the World Health Organisation.

In the modern world, many of us wear headphones all day, every day: a podcast on the walk to work, ambient music to drown out noisy colleagues, a workout playlist at the gym in the evening.

But experts fear constant exposure to audio could cause a generation of prematurely deaf Australians. It’s currently estimated one in six Australians will suffer some degree of hearing loss in their lives, but that figure is expected to rise to one in four by 2050, due to our regular exposure to dangerously loud noises.

A study conducted in 2017 by National Acoustic Laboratories found that around one in ten Australians boost the volume in their headphones to more than 85 decibels, which is the equivalent to a hairdryer or standing next to a lawnmower. It is believed that prolonged exposure to sound this loud will cause irreversible damage.

Experts recommend keeping sound levels to around 60 to 80 decibels and restricting headphone usage to no more than 90 minutes a day.

New round of VicHealth grants for women’s sports 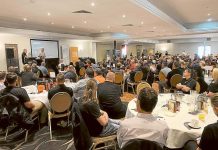 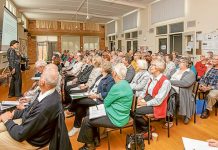 Keep cool and healthy by hitting the pool