IT WAS a chance to fulfil their bucket list. For Angela and Frank Lacono of Shepparton a luxury cruise and the highlights of the Mediterranean were on their list.

First they flew to Milan for three days. Number one on the bucket list was to attend a concert at La Scala Theatre and they were not disappointed. The orchestra performed La Verdi and it was wonderful.

Next was Sirmione where they had time to stroll the town centre and shop but next on their list was to visit the home of the great opera singer, Luciano Pavarotti.

The home of the late singer has been turned into a museum. Pavarotti’s dream was to have the property made into a horse farm and riding school. That dream was realised, but after his death.

Angela and Frank were surprised that the home was very modest but the great singer saw it more as a farm that an opulent house.

Now they travelled out in the country to the Parma Cheese Factory and it was massive holding over 2,000 wheels of cheese.

Frank says the cheese is some of the finest in the world and they enjoyed the opportunity to sample some. It was magnificent with some plain and some with a peppery taste.

Now they flew to Spain and Barcelona for three days, giving them a chance to see all the major attractions. They took the cable car to the viewing platform high on the mountain overlooking the city. Angela says the view from the top and from the cable car was stunning.

There is lots to see and do in Barcelona but the must do is a visit to La Sagrada Familia; the cathedral designed by Spanish architect, Antoni Gaudi. It’s a most unusual building that saw construction begin in 1882, but it’s still not completed today.

Angela and Frank say it’s stunning. Inside walls of coloured glass project the sun’s rays in a kaleidoscope of colour into the church’s interior.

Now it was time to leave Spain and join their cruise on the Regent Seven Seas Explorer cruise ship. Angela says the ship is magnificent. Billed as five star Angela says it’s more like six star.

They had a suite and it was opulent. The ship caters for only 750 passengers and everything is included such as great dining in five restaurants, excellent floor shows and the staff cannot do enough for you and there is no tipping.

On top of that all shore excursions are included. They sailed to Rome stopping at Palma De Mallorca, Provence Marseille France, Antibes, Monte Carlo and Florence, then cruised the Mediterranean Sea to Valletta Malta, Messina Sicily, Naples and Pompeii and Civitavecchia Rome.

Both Angela and Frank just loved everything about the cruise and the wonderful ports they visited. They did not do all the shore excursions but took time to get a feel for the places they stopped at as many they had been to before.

Finally after leaving the ship they spent five days in Rome during which time they took a trip to Assisi to explore the story of St Francis and visit the churches and the other buildings associated with the story of the saint.

Back in Shepparton, Angela and Frank are very high in praise of Lauren Oliver of Lyn McNaught Travel in Mooroopna who arranged everything so well. 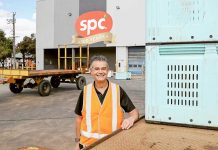 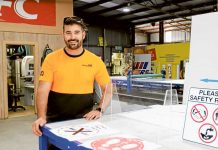 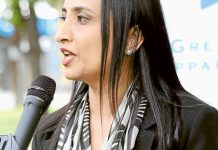 Start the year off on the right foot