Considered to be ‘the best selling full-size car in the US,’ originating as a sports coupe, the Chevrolet Impala began as a dream car for the 1956 General Motors Motorama.

speed and prowess. The Impala has been an American legend for decades, setting a standard in comfort and value, the Impala seemed to set the bar for the American muscle car era. By 1963, into its third iteration, the Impala was the most popular vehicle in America.

Filling the road at 5.344m long and 2.019m wide, it was a giant at the height of ‘big is better’ American approach to motor vehicles.

Shane McDonald from Shepparton has had his Chev Impala station wagon for about 5 years. It was imported from the USA about 12 months before he purchased it.

Since owning it he has put in a fresh 350 Chev engine and 4 speed auto from a VN Commodore and added air-conditioning.

The suspension is airbagged allowing it to get low when cruising and also still be able to drive at a sensible height. The car was repainted the gold colour in the USA around 2000. Shane fitted the Cragar stainless steel wheels after he bought it. 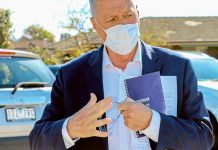 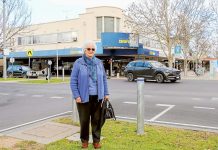 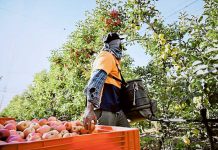 Are we doing enough for the future?

Frustrated farmers march across the Murray