For a young boy who plays tennis with the Nathalia Hot Shots, getting the opportunity to go to Melbourne to see  the Australian Open was especially exciting for young eight year old, Billy Baxter.

Ten kids from Nathalia were invited by the ANZ Tennis Hot Shots team to join them at the Open where they watched some of the men playing in a doubles match.

Kids from several country towns were invited to practise their hot shots on the Rod Laver court between games as the audiences were moving into their seats.

Young Billy Baxter was called aside to meet reigning Australian champion and ranked number one in the world, Ash Barty who was about to start a game with number 26 ranked Russian player, Elena Rybakina.

Billy was asked to flip a coin for the two girls to start their game. “I was allowed to keep the coin,” said Billy.

The ANZ Tennis Hot Shots program is tennis for kids, designed to help them enjoy the game, no matter their age or ability. Hot Shots is played on smaller courts with modified equipment, including lighter racquets, lower nets and low compression balls that don’t bounce too high.

There is no doubt, getting to see the world’s best female player will be a strong incentive for young Billy to practise his game and perhaps one day, get to play a game on the Rod Laver court himself. 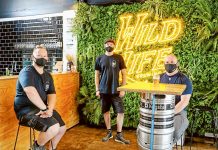 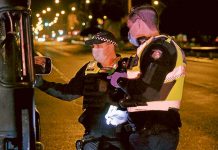 Gotta be in it to win it