The Steppenwolf classic hit song symbolises the attitude behind the construction of Don Kalafatis’ chopper, currently on display at MOVE.

Using a modified Kraft Tech frame, Don installed custom tanks and guards over the 1800cc S&S reworked motor. It comes equipped with a six-speed transmission to a belt drive to the rear wheel.

As Don was building the bike, a young friend of his son Paul, James Georgopoulos  took great interest in the bike and how much work Don had been doing on it. James was ill at the time. Don said to him that when he pulls through his illness, he could have the bike. Bowel cancer eventually took James life at the age of 25.

The style of bike it is, it takes some knowledge in order to ride it. “It  was just an idea in my head at the time,” said Don. “It runs great down the highway.”

You can imagine young James saying to himself at the time….looking for adventure and whatever comes our way. 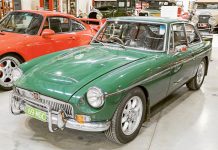 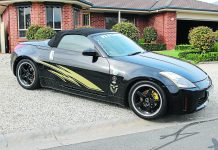