Some of these major projects include the $229 million redevelopment of GV Health, which saw brand-new signage erected on the emergency department and the five-storey building last week. The completion of this project is still set for 2021, but we’ve already seen the completion of the new dialysis unit and the new emergency department, as well as the five-storey building due to be completed by mid-July.

The construction of the new $9.8 million Shepparton Fire Station on Archer Street has only been underway since the beginning of the year but is really beginning to take shape now, and we’ve all been able to watch the $49.9 million Shepparton Art Museum’s (SAM) façade being installed over the last month.

As well as these major projects, the Greater Shepparton region will also see the $119 million new Greater Shepparton Secondary College campus, the construction of Cannatrek’s medicinal cannabis facility in Lemnos, a new shopping complex in Tatura, the AgBioEn renewable energy project in Katunga, and the Museum of Vehicle Evolution at the existing Shepparton Motor Museum site.

The completion of these works varies, but it’s great to see so much activity to boost our local construction industry and our economy. Greater Shepparton City Council’s 2019/2020 capital works program is in the order of $70M, which includes some major projects such as SAM, Tatura Library, Mooroopna War Memorial and Streetscape, various public amenities refurbishments as well as annual roads, drainage and other infrastructure upgrade programs.

These statistics include residential and non-residential construction. 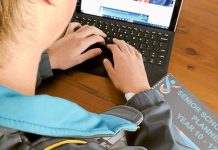 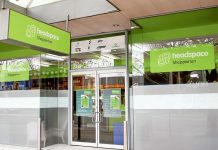 Don one sock this October