In its heyday, the Morris Mini Cooper S was, without doubt, one of the fastest and best-handling production cars on Australian roads having won Bathurst in 1966. This was most likely the reason the NSW police took up hundreds of them for use as highway vehicles supplanting the increasing use of motorcycles.

In the hands of a good driver, there were not too many cars that could get away from the Mini. Unlike cars today, the interior of a Mini was at best, spartan. With its speedo located in the centre of the console and uncomfortable seats, spartan seemed to be its hallmark.

To mark the progress of the Mini, Shepparton Motor Museum at Emerald Bank is staging a Mini month for October where they will have around 23 different Minis on show ranging from a 1967 police car replica, a race car and several versions and models covering the many years of the iconic vehicles.

The Mini Moke, now almost disappeared from Australian roads is also in the display.

The 1967 Mini Cooper S police car replica is owned by Arthur Crosthwaite from Corowa, NSW, fitted with the standard Cooper S engine with its competition-spec engine, twin 1 ½” SUs and reconfigured and calibrated speedo located in front of the steering wheel and tacho to the side of it. The resale value of ex-police cars was low as they were driven hard, many were written off in the line of duty and the balance was de-speced to Mini K specifications before being sold through the trade. 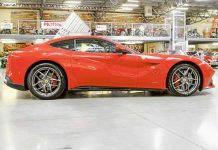 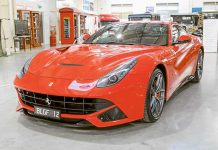 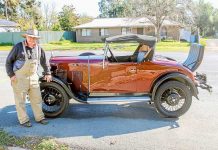 Ride down for a sociable weekend