This is most welcomed by traders and customers. However, there is an anomaly. The stipulated ‘West Walk carpark’ located on the western side of the mall and only accessible to patrons off Wyndham Street still attracts a $1.50 per hour fee and should be reclassified by GSCC immediately.

Many local traders are furious as they were expecting this to be included in the off-street free car park initiative.

The West Walk carpark has caused confusion amongst the business community and the broader community at large. Council claim it is a street, previously being Fraser Street, a through road. That it is not. The area is classified as a carpark. A car park suggests not on the street. There is no traffic flow and there is not a ‘No Through Road’ sign.

What was on Councils website as an off street car park during the consultation process was recently changed to an on-street car park.

Additionally, at last month’s Council meeting Cr. Kim O’Keeffe pointed out that the Shepparton Chamber of Commerce and Industry, some members of the parking reference group and some councillors considered the West Walk carpark as an off-street carpark. Cr O’Keeffe raised that the previous status of the car park should remain and that the car park be included in the off-street free parking initiative.

However, Mayor, Cr Seema Abdulla declined this as urgent business and refused the item to be discussed. Cr Summer disputed this and agreed this was in fact an urgent matter and supported Cr O’Keeffe’s recommendation.

I strongly suggest Council include this car park in the free off-street carpark initiative as soon as possible and let common sense prevail. 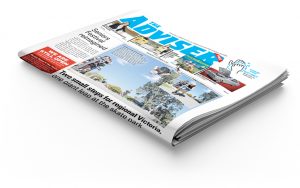 Reporting on the super school