BACKED by a weekend of wonderful weather, the Australian National Show and Shine on Sunday, October 6 was a spectacular celebration of vehicles.

The event was ‘chockers’, declared ‘full’ by organisers shortly after 10am when officials reported they were unable to fit any more vehicles into the Euroa Seven Creeks Park venue.

Event organiser, Ross Holt said, “In an idyllic setting, cars, motorbikes, tractors and engines of all shapes and sizes were enjoyed by a huge crowd of all ages. The standard of vehicles on display was amazing and the exhibitors are to be congratulated.

“The hardworking committee are also to be congratulated on their amazing effort – well done for a top result.”

The coveted GMCU ‘Best in Show’ for cars was won by Patrick O’Brien with his 1970 GTS Holden Monaro and the ‘Best in Show’ for motorcycles was awarded to Kelvin Garthwaite for his 1949 Velocette LE150. The awards were judged by Strathbogie Shire councillor, John Mason and the trophy was presented by GMCU CEO, Melissa Ralph.

Regarding the show, Ms Ralph said, “The GMCU team are thrilled to have played a small part in supporting such a strong, family-friendly local event. The Show and Shine Committee and many volunteers work tirelessly to bring it all together, and the strength of the show is clear in the quality of the exhibitors, with a huge array of cars, bikes and trucks on display.

“The setting is something quite unique, with exhibits and stalls not only right throughout Seven Creeks Park, but extending into the surrounding streets. It really is a whole-of-community event that showcases this beautiful part of the region. Congratulations to everyone involved.”

“I am totally chuffed and beside myself at the moment for the award given to me and my car – very humbling indeed. Thank you for what was an amazing event.

“I have been to a few but this event has me in awe of the efforts and entrant attendance. Congratulations are definitely in order,” Mr O’Brien said.

Although still too early to be confirmed, organisers are estimating attendance figures well in excess of last year’s figure of 8,000 people, with early guesses exceeding 10,000. 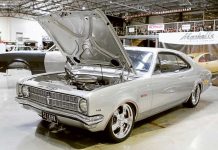 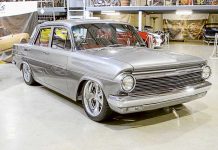 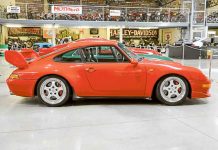 Worth driving for the sake of driving