WHEN it’s been over 40 years since you last caught up with an old mate with whom you used to have some great times, looking forward to meeting up once again after all that time is always going to be an exciting occasion.

That was kind of how local resident, Ray Reid felt when the possibility of finding his first race car once again, at the speedway stand of the Australian National Show and Shine Euroa on October 7.

Back in the early 1970s, a friend surprised Ray by unveiling an FJ Holden race car that he had restored, and announced that he wanted Ray to co-drive it at speedway race meetings. The car was called GV99, bright tomato red and adorned with BP and WYNN’S stickers from the duo’s sponsors and even had Ray’s name already painted on the car.

The pair won their fair share of races around the Goulburn Valley, and at Bendigo Showgrounds, a location where Ray’s co-driver tried his best to destroy the car several times.

After moving on to another car, an EJ Holden, Ray lost track of the old GV99 in the early 1980s

Apparently though, GV99 had gained enough fame that another local historic speedway and early Holden aficionado, Tom James, decided to build a replica of the car, the original having long since been raced to death and assigned to the scrap metal dealer.

Tom did a brilliant job with the replica GV99 and it raced competitively for a long time at the hands of several drivers with the ‘Humpy Holdens’ a group, which undertook ‘spirited demonstrations’ with vintage speedway cars.

One meeting at Wahgunyah, driven by Richard Damm, GV99 broke a back axle, rolled and crashed heavily, necessitating a serious re-build. The car then later passed to another owner, and reportedly blew a motor, then spending some time languishing in a shed.

With the next Euroa Show and Shine close at hand, and the prospect of getting GV99 to his speedway stand, Ray undertook a painstaking process of trying to track down the car. Thankfully, with the immense help of a number of friends, and including Facebook searches, phone calls and emails, he eventually tracked the car to Col Saville from Corowa.

Ray said, “I was absolutely delighted when, on my first contact with Col, he agreed to get the car mobile and bring it to Euroa for the show.

“So when you come to the Euroa Show and Shine on October 7, be sure to call by our speedway stand (it’s in area five) and say g’day. Col will be happy to talk about the car, and I too will certainly have some old stories as well, about the much-loved FJ Holden, GV99.” 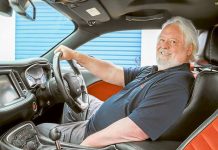 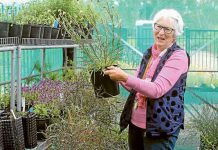 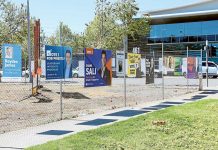