MOST weeks of the year on a Tuesday, local fishing expert and owner of Trelly’s Fishing and Hunting World, Steve ‘Trelly’ Threlfall drives to Melbourne to co-host the television program, Talking Fishing.

Broadcast live from the Channel 31 Melbourne studios (a first for fishing television in Australia), the show brings together an expert panel of the nation’s leading fishing personalities to sit and talk fishing.

Talking Fishing streams live weekly on free-to-air Channel 31 in Melbourne and Geelong and online via Facebook and YouTube.

Following five years of fantastic fishing banter and advice, Talking Fishing has been recognised nationally at the 2019 Antenna Awards, an awards night acknowledging and celebrating the best in community television programming across the country.

Taking home the prize for Best Special Interest or Lifestyle Program in 2019, Talking Fishing finished ahead of five other nominees from around the country.

Proud of his win and still reeling from the awards night celebrations at Melbourne’s Federation Square, Trelly said this was Talking Fishing’s first-ever nomination.

“The win is truly fantastic and completely out of the blue,” he said. “Our show usually ranks in the top two for all of Channel 31 in Melbourne, which has some diverse programming.

“We also stream our show to Facebook, which helps reach an audience outside of the metro areas.

“Next up for Talking Fishing, we are looking at trying to do some more outside broadcasting,” Trelly said.

Talking Fishing is on Tuesdays at 8:30pm on Channel 31 and is also streamed live from their Facebook page @TalkingFishing at the same time. You can also view past episodes of Talking Fishing via their YouTube channel. 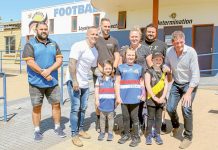 Get down and dirty 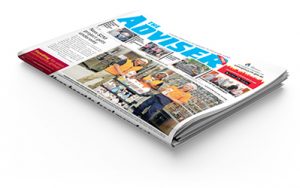 The week that sorts out the ladder