A handful of cars fell into the range of muscle cars, defined by the large powerful V8 motors and rear wheel drive.

Muscle cars evolved in an American era when petrol was cheap, cars were large and flamboyant and drag racing was the penultimate motor sport. The Chevrolet Camaro was one of the hottest contenders.

For Tatura muscle car enthusiast, Barry Volk, his 1968 Chevrolet Camaro Rally Sport is one of the best with its 327 cubic inch (5.4L) engine and two speed Powerglide transmission that put it into a league of its own. His car comes in its original palomino ivory, one of only 150 worldwide made in that colour. The Rally Sport package came with hidden headlamps.

Absent of the electronics of today’s cars, the Camaro was also not the best handling of cars but to the enthusiasts, it was one of the most coveted for its looks in an era when brute strength sporty looks had their genesis.

Driving with the sun 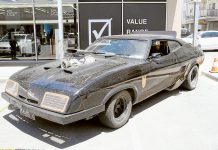 Return of the Road Warrior 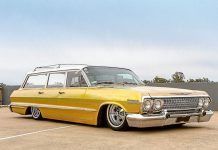 Taking to the track