“Along with all our other long-term and loyal sponsors, whom we can’t do without, having Shepparton Toyota as our naming rights sponsor is significant. Not just for the financial support but for what it does to create pathways for kids, their parents and inclusion into our great community,” he said.

The agreement was signed just weeks after Mr Bradshaw took over the local Toyota dealership. With the brand already connected to football and community programs, he said it was an obvious fit.

“Toyota is heavily involved in the community with programs like the ‘Good For Footy’ and ‘Toyota Community Foundation’ already well established. My goal was to reposition the brand and use these programs and genuinely support the community,” Mr Bradshaw said.

This year’s competition will be postponed until the 31st of May. 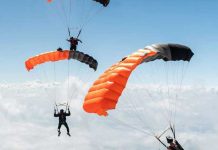 Footy fun for the little ones