The other main event on Wednesday was the Lexus of Blackburn Women’s Herald Sun tour.

After a relatively sedate start to the race, cross-winds and narrow roads outside of Tatura caused a large group including Peta Mullens (Roxsolt ATTAQUER), Lucy Kennedy (Mitchelton-SCOTT) and Lauren Stephens (Tibco-SVB) to split off the front of the peloton with just 30 kilometres left on the stage thanks to the work of the Astana Women’s Team and Mitchelton-SCOTT.

The group of 20 riders worked hard to gain a slim advantage, holding onto just 23 seconds with 10 kilometres to go. In the end the gap blew out to nearly 49 seconds and they were left to contest the finish amongst themselves.

Nina KESSLER (Tibco-SVB) took out the Quest Shepparton Most Aggressive Rider for her efforts. 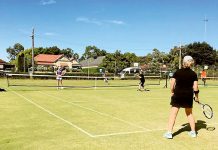 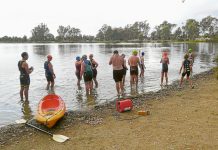 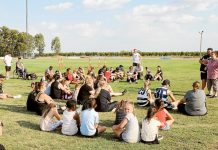