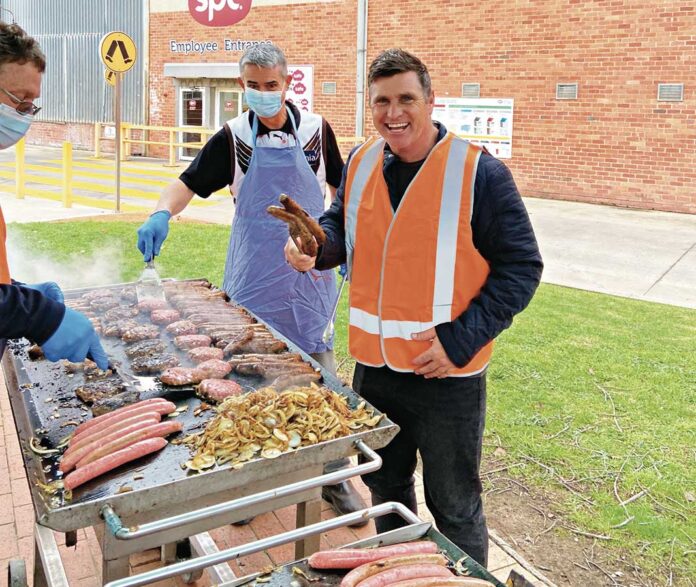 COMING off the bench with the reputation of being the worst football club in Australia, local Kyabram and District league team, Ardmona has broken their losing streak recently with a win, no doubt due to the encouragement they have received from having one of the country’s best players as their coach.

Brownlow medallist, Shane Crawford took on the role when the club was at its lowest ebb last year facing the prospect of being expelled from the league.

Instead of sitting in their usual place at the bottom of the ladder, Ardmona are now 13th, equal with Rushworth, and are motivated to recover their mojo.

Shane recently visited the SPC factory in Shepparton to catch up with Rob Giles and no doubt to talk about their continued sponsorship while making the most of the day at the company barbeque.

Rob Giles talks about the relationship between SPC and Shane and the Ardmona Cats in his editorial on page 13.

A message from Jeremy Rensford

New faces and experiences to be found at Aquamoves