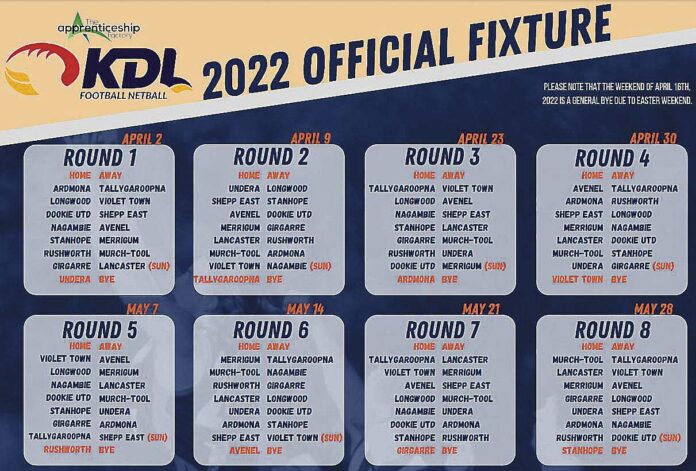 THE Kyabram District football and netball league have kicked off their pre-season training right across the region with many clubs preparing for the season ahead which kicks off early April.

There are 18 rounds of football and netball that will take place this year, with finals fixed for commencement on August 20, and the grand final falling on Saturday, September 17.

GVL netball round 7 by Sam Saracino

GVFL Football round 6 by Sam Saracino

More memories from the Rallye

What’s even rarer than a diamond?

Expert care to keep you smiling