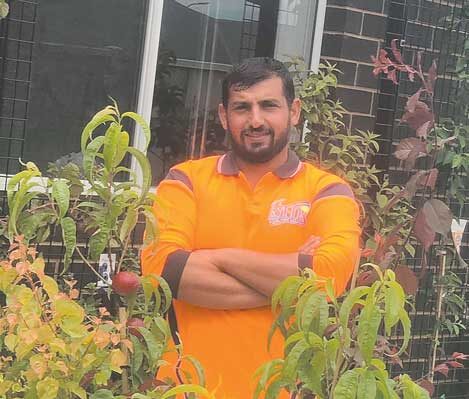 KIALLA gardener, Hassam Saraf’s green thumb has received the ultimate height of gardening glory after he was awarded the Guinness World Record for the most types of fruit grown on a single tree.

Growing the tree was half of the work, and Hassam’s gardening and grafting is mostly a project of passion. Securing the world record title has been another fete altogether.

Guinness World Records originally said that the 10 different fruits Hassam had grown did not count as different species.

“They told me my application was rejected, because they needed five different species, not varieties,” indicating his record attempt was a tie with the record set by Chilean Luis H. Carrasco.

A further review found that two of Carrasco’s fruits – peaches and nectarines – can only be counted as a single species and making Hassam the world record holder.

“I felt so happy and so excited when I found out I’d won the record title. Excited because I’d won but mostly excited because of how much more I could do for my community now,” Hassam said.

He told Guinness that his tree provides a message of “peaceful coexistence”, where the colours, shapes, and different leaves and fruits on the branches symbolise diversity in society, and how we live together with respect and acceptance.

He told Guinness that his tree symbolises peaceful coexistence, and serves as an example of living together respectfully in a diverse community.

“I think of my tree as being a lot like Shepparton, lots of different fruits on a tree growing upward together.”

The winning cup comes to town

Enjoy dinner and a squeaky-clean pool on Poolwerx