For Geoff and Prue Dobson of Shepparton this was a chance to catch up with their family in London and explore parts of Scotland and Ireland. They stayed in London for 3 days, their son, Chris and daughter-in-law, Emma live right on the Regent Canal. They have a great view and Geoff says ‘a must do’ is to spend time on a long boat plying the waters of the canals.

Chris is the coach of the London Lions. The AFL women’s team finals were on that weekend so the family attended and saw some great play particularly in the final which the Lions won.

Next day it was time to celebrate, Chris, Emma, Geoff and Prue attended the celebrations of the big win, and did they celebrate. Next Geoff and Prue went touring. They set off for the Isle of Jersey where each year, the locals celebrate the Battle of Flowers. No longer are they firing guns, instead groups spend months making their own float.

These are made mainly of timber on wheels where all surfaces must be covered in flowers, Prue helped out with the float, there were 30,000 flower stems and each stem has 3 to 5 flowers, that’s a lot of glue.

The grand parade was a long line of 38 floats that made a great impression as it went through the town. Geoff was taken by the old gun torrents and fortification built by the Germans in WW2. At the beginning of the war the British left the islands and the Germans moved in. Jersey is closer to France than Britain. You can see France not far away.

Now it was time to return to the mainland and hire a car, Chris and Emma were to be Geoff and Prue’s tour guides as they set off to explore parts of England, Scotland and Ireland. Heading to Glasgow and onto the Isle of Skye this was the land where kings were made, it was still summer, the view of the countryside and its many castles was magnificent.

Stopping at a local distillers to sample their wares, misty whiskey distilled on smoky peat brought the day to a pleasant close.

They next flew to Belfast home to the Titanic. The shipbuilding industry no longer exists but the Titanic lives on in the form of a massive museum. It shows the history of the mighty ship from construction plans to an interactive display that takes you inside the virtual ship.

In Belfast the troubles between Protestants and Catholics is said to be over but the first thing that took Geoff and Prue’s eye was the giant wall built between the houses with Protestants on one side Catholics on the other and at 9pm each night the huge gates that cover the access points are closed and locked. Geoff noted that on the Catholic side, the houses fly the Irish flag, on the other they fly the Union Jack. The city is proud to celebrate the past with giant murals depicting fights between the two sides, many of these murals are outside schools and play area keeping the image alive for the young.

Geoff and Prue found that once out of the city and into the countryside and onto the coast, things were different, no troubles were to be seen. They stopped at a little old pub where they were welcomed by the locals. Some had brought musical instruments with them and soon started to play and sing Irish songs. It was fantastic and great night was had by all.

Next was Londonderry but the locals have little time for London so they just call it Derry. It had been a major site for the troubles with many houses fire bombed at the height of the conflict. Again giant murals depicting the destruction.

Before leaving Ireland, they travelled the Giant’s Causeway, an incredible sight. Then onto England via the Lakes District before arriving in London for the return flight home.

Both Geoff and Prue loved their time away, just on 5 weeks. It was great to spend time with Chris and Emma but now it was good to be home.

Trekking to Everest Base Camp: Part 1

A family trip to Europe 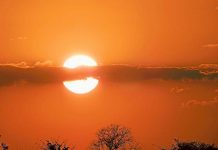