Fresh off the plane and back into an Australian summer, a small group of students from Shepparton ACE Secondary College couldn’t wipe the smiles off their faces as they talked about their week in Turkey.

We caught up with Brayden Miller in September last year when he’d been told he would be apart of a youth program in Turkey in 2020. Brayden wasn’t the only lucky one, with (now former) ACE College students, Kyrone Black, Zac Donaldson and Ethan Lyons also fortunate enough to join Brayden in the program.

The program, Leave No One Behind (LENO), involved 32 young people from Australia, Korea, South Africa, Turkey, Sweden and the United Kingdom working and staying together to allow the youth to explore cultures, gain social and leadership skills, and make lifelong friends.

Accompanied by their teacher, Julie Dainton, the group flew out and began their journey in Ankara, Turkey on January 19, flying back into Melbourne on the 26th. For most of the group it was their first time overseas, and the experience has had a lasting impact on them all.

Each student told us they now have plans to travel overseas or even go back to Turkey again, with Zac saying, “You just don’t realise how different some parts of the world are and don’t know what you’re missing out on if you don’t travel. It was such an amazing experience, we’ve all made some really close friends and learned some valuable skills that we never would’ve learned in a classroom.”

Westside Circus, a circus program that frequents the school, attended alongside the group and also paid for their flights, accommodation and food throughout the trip. 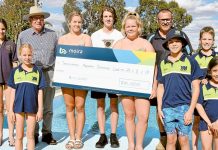 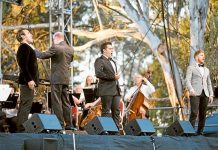 Helping bring tourists back to the High Country 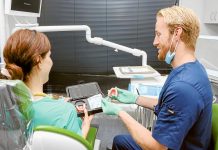 Invisalign® evening to be hosted by Insight Dentistry

Keep the heat out this season

Give cherished gifts of love this Christmas