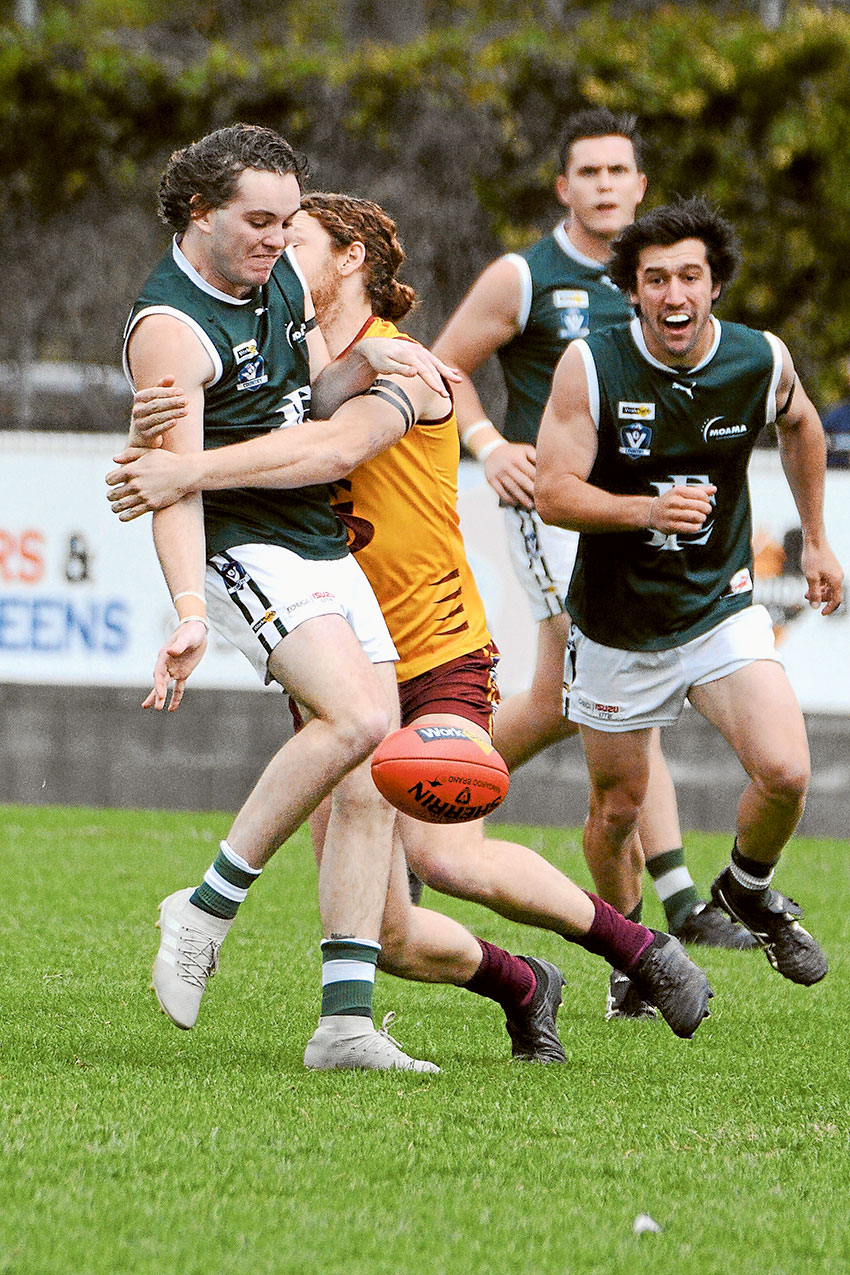 THE long road to finals footy in September has reached its final steps, with Kyabram set to take on Echuca in the Goulburn Valley League decider this Saturday.

At the preliminary final last weekend, Echuca proved too strong for underdogs, Shepparton Bears, defeating last year’s premiership winners by only a goal at the final siren.

Echuca started the game strong, leading Shepparton at quarter time by 22 points. But the Bears fought back in the second term, scoring five goals against Echuca’s one to catch up by half time, trailing by only one point.

A goal by the Bears’ Jack Wilson saw the Shepparton team leading at the beginning of the third quarter for the first time all day. But the Bears’ dreams were quickly quashed, as dreams often do, with Echuca kicking six goals in the third to put them in the lead by a nail-biting seven points going into the final quarter.

Despite Shepparton Bears being the only team to successfully kick a goal in the final quarter, sloppy kicking elsewhere held the team back. During the fourth quarter, Shepparton scored ten points in the final term, against Echuca’s four.

At the final siren, the scores saw Echuca finish on 76, defeating Shepparton Bears at 68. The grand final will take place at Deakin Reserve this weekend, Saturday, September 22 at 2:30pm, between Kyabram and Echuca.

Oh what a feeling!

Celebrating opportunities, participation and development for all