COBRAM Crime Investigation Unit detectives have flocked to a Tungamah property to investigate the theft of more than 150 sheep last month.

Investigators have been told 181 Suffolk/Merino cross lambs were discovered missing from the Lawrence Road property sometime between September and December 20, 2018.

The sheep, which were part of a larger flock, had been in the vicinity of Youarang, Walden and School Roads.

They had been sheared on September 22 before being fenced in paddocks, however, it was determined some were missing after they were counted on 20 December.

It was initially thought they may have escaped from the paddocks but police believe they were deliberately taken from the property by unknown offenders.

Police have released an image of some of the lambs in the flock in the hope someone may have information.

The livestock all had orange ear tags before being taken.

Anyone with information on the theft or the whereabouts of the sheep is urged to contact Crime Stoppers on 1800 333 000 or submit a confidential report online at www.crimestoppersvic.com.au 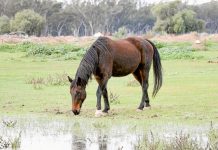 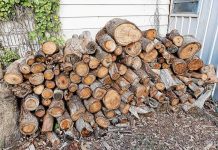 Local businesses dig deep to contribute to a great cause