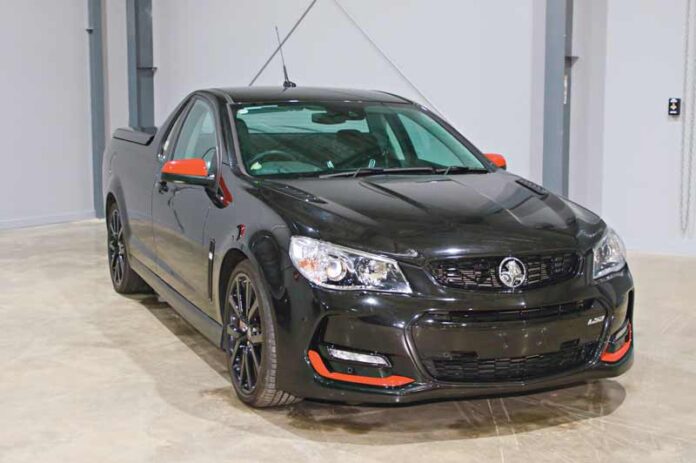 Regional Australia would not be the same without a couple of generations of Holden utes playing an important role in shaping how many of its denizens’ work and play.

In the last days Australia’s carmaker, Holden, they had a number of cars in pre-production and design, one that we have missed out on is the Holden Magnum. Intended to powered by Holden’s LS3 6.2 litre engine producing 304kw at 6,000RPM and 570nm of torque at 4,400RPM. The ute being a fraction lighter than its Commodore Motorsport sibling, the power to weight is a mouth-watering 176.7KW per tonne.

The Magnum is part of a 12-vehicle collection on long term loan to MOVE from the ‘Holden Heritage Collection’.

Only 240 Magnums were built in 2017, Holden’s last year of production, 241 if this pre-production model is counted. The ute joins two other special edition cars built for the swan son year of Holden, the other two being a Commodore Motorsport and the Calias Director.

Resale prices for these utes are already well into the six figures, not bad from an initial investment of $60K when first launched.

Memories are made behind the wheel