IF you are part of the 20 percent of Australians who suffer from hay fever and allergies during spring, it may be time to consider creating a low allergen garden.

The hay fever season is now officially upon us but before we get too deep into spring, there is still a little bit of time to prepare against asthma, hay fever and allergy symptoms.

Here are just a few tips to help reduce the impact of gardening on asthma and hay fever: 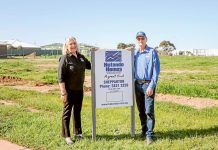 No better time to build

Kickstart your new year with a new home

A builder you can trust

No better time to build