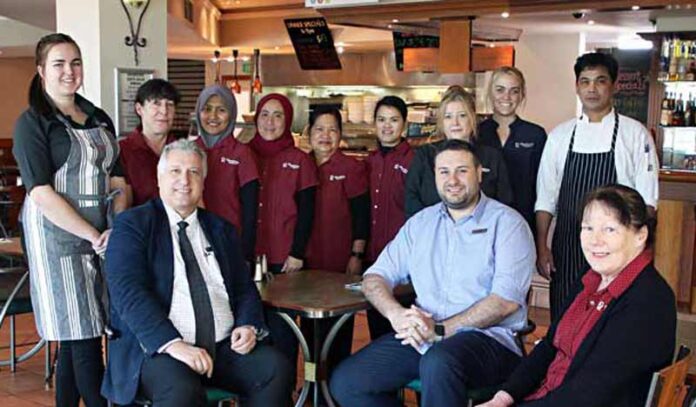 If there’s one entertainment complex that evokes special memories for many Shepparton residents, it’s the Sherbourne Terrace.

For the past 55 years at least, the business has been owned by the Zurcas family who have taken it from a small hotel-motel into one of Goulburn Valleys foremost family hospitality and entertainment centres and it is through those various transformations that people have wined and dined and celebrated some of life’s more important events.

STAN Zurcas and his family acquired the business in the late 1970s and have continued to expand its scope of operation ever since.
Like it has with most other hospitality businesses, Covid has had a major impact on its function capabilities over the past year with new government rules coming into play each week. With that in mind, a major renovation has been taking place in the motel rooms and the expansion of the TAB and gaming facilities using local trades and businesses where possible, into where the bottle shop once stood.

Managing director, Nick Zurcas said, “The family has always been involved in hospitality and orchards in the region with the family operating a hotel in Numurkah before moving to Shepparton. The Sherbourne has been a huge part of our lives and I am sure everyone in Shepparton would have some memories of this hotel, whether it is a wedding, the nightclub, conference or bistro or TAB function they attended.

With an astute feel for hospitality, Nick said, “We have to keep changing, it is the nature of the industry. If we remain static, we would simply stop operating, people want to see change.”
The current renovations are now largely complete and as the restrictions start to ease, the expansion is already being recognised as a step forward.

Enjoy this special celebratory wrap around feature in recognition of one of the Goulburn Valley’s entertainment venues.